I hope to provide you with exciting blogs about health, habits, happiness, people, dog stories, and life in general.

I‘ve collected many stories over the past 80 years of my life that I’d love to share with you.

I believe that a life well lived must be filled with passion; for the people we love and the pets we adore, for things we do and the things we create, for learning and growing and elevating ourselves to the next level.

I am blessed to have had many passions in my life. Like a caterpillar, who transforms into a butterfly, I have passionately evolved from a health care practitioner to a writer. I want to share what I’ve learned and observed from the world around

What are you passionate about?

Click on this link to read my blogs and leave your remarks and personal experiences.

Interview with Debra Brunner, CEO of The Together Plan 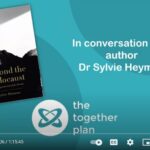 The Together Plan is a non-profit located in London, England. Its mission is to support Jews in the former Soviet Union and Eastern Europe yearning to re-discover Jewish life by promoting Jewish education and helping to revive Jewish traditions. END_OF_DOCUMENT_TOKEN_TO_BE_REPLACED

Is Negativism a Bad Habit that Can Affect Your Health? 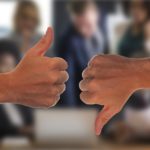 The definition of a habit is a behavior that we do repeatedly, often without even realizing that we’re doing it. Have you ever noticed that certain people complain all the time while others don’t? According to the definition of a habit, chronic complaining is most definitely a habit and not such a good one at that!

END_OF_DOCUMENT_TOKEN_TO_BE_REPLACED

The Benefits of Drinking Water at Specific Times 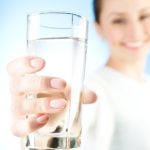 A friend sent me an email on the benefits of drinking water at specific times. Her source came from the Mayo Clinic. I have not checked her source but I wanted to share it anyway. (Can never go wrong with targeted water drinking.) END_OF_DOCUMENT_TOKEN_TO_BE_REPLACED

Sunscreen Protection: Make it a Habit 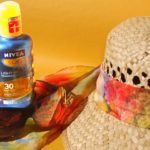 When 20-year-old Sally got sunburned again for the third time on spring break, she promised herself that she would put a stop to it by addressing it as a habit! But how? she asked herself. In the past, as soon as she got back to her daily routine, she’d forget about it. She knew she had to start the habit of applying sunscreen because her father and uncle had died of melanoma.

END_OF_DOCUMENT_TOKEN_TO_BE_REPLACED

Turning Down Help Can Be a Bad Habit 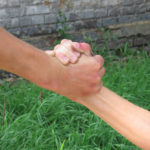 Do you find yourself turning down help from a volunteer, a family member, or a friend? I’m not referring to hiring someone to work in your home or office. I’m talking about being quick to say, “No thank you, I appreciate your offer, but I’m fine,” only to find yourself wishing you had considered the person’s help.  END_OF_DOCUMENT_TOKEN_TO_BE_REPLACED